The Akarigbo and Paramount ruler of Remo land, HRM Oba Babatunde Adewale Ajayi, has been approved to receive the National Award of Commander of the order of the Federal Republic of Nigeria. 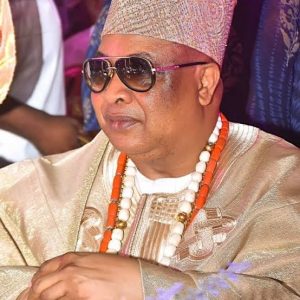 The conferment notice, which was signed by the Minister of Special Duties and Inter-Governmental Affairs, George Akume, stated that the Akarigbo and Paramount ruler of Remo land would join other prominent awardees found by the Federal Government worthy of the National Honours.

The 2022 National Honour Award letter sighted and signed by the Minister reads, “I have the honour to formally inform you that the President of the Federal Republic of Nigeria, His Excellency, Muhammadu Buhari, GCFR, has approved the conferment of National honour on you in the rank of CRF, (Commander of the order of the Federal Republic of Nigeria).

“The investiture
the ceremony is scheduled to take place at the International conference centre, ICC, Abuja on Tuesday, October 11, 2022, at 9 am.

THE FEDERAL GOVERNMENT IS BEING BIASED TOWARDS AMOTEKUN: ONDO GOVERNOR BLOWS HOT