It is that time of the year again when Nigerians leap out in joyful glee as they join the rest of the world in celebrating the country’s independence anniversary. 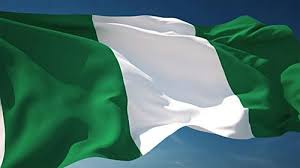 Recall that on the 1st of October 1960 the country got her independence from the British government, after decades of being victims to an oppressive, exploitative and tyrannical colonial rule that was hell-bent on milking the country dry of all her natural resources, robbing the Nigerian state of her cultural identity.

The British government officially took control of the affairs of the country in the year 1900 from the Royal Niger Company after paying a purported E865,000 as compensation.

Within this period the Country was robbed of her cultural identity, the influx of the western culture corroded the Value system which the country held dear before then, Nigerians were forced to be copy-cats of an alien culture imposed on her by foreigners who had no respect for the culture of others.

Fast track to over six decades later, though the country has progressed visibly, it has been reduced to a snail walking pace. The reason for this is not farfetched, though the era of white Supremacy seems to have ceded to a more democratic ambiance, I am still tongue-tied when the issue of TRUE INDEPENDENCE pops up.

The country is still hijacked by a ‘clique of antiques’ who is though under different political parties still have same ‘modus operandi’, propelled by greed, selfishness and absurd level of entitlement.

Governance no longer operated by ability, capacity or integrity, rather party group, ethnicity, and religious affiliations are now the major determinants of how the reins of leadership are taken.

Nepotism, favoritism, bribery, and corruptions have become “kith and kinsmen” of the politicians and public officers today, the electioneering process have been marred greatly, electoral vices like rigging becoming the order of the day.

The electorate too share in a fair portion of the allocation of blames as a vast majority have become wiling vessels used for thuggery, looting, rigging and the conduct of other electoral malpractices.

What then are we celebrating?

INSECURITY? The country has been overrun by a band of kidnappers, bandits, marauding herders, religious extremists, Unknown gunmen, robbers, and daredevils made up majorly by young men/women commonly referred to as “Yahoo boys” (an elaborate term used to describe internet fraudsters and ritualism alike)

In the North there still exists a religious tension that is seemingly being overlooked and undermined even though lives are being lost, on May 12 2022, a student at the Shehu Shagari College of Education, by name Deborah Yakubu was gruesomely murdered by her mates on charges of alleged blasphemy, the irked Muslims proceeded to burning down shops belonging to Christians in the state.

The East is another battlefield, attacks on security personnel are carried out daily, business activities are halted due to “sit at home” order declared by The Indigenous People of Biafra (IPOB) in states like Anambra and Imo.

The height of it all was on July 5th when the Kuje Correctional facility was attacked and arrested terrorists freed in their hundreds in the Federal Capital Territory, another stunning attack was made directly on the Presidential guards on the 24 July in which an Army captain and other soldiers were brutally killed.

The 2022 Independence Day does not call for celebration, it should be a time of sober reflection of how far we have come as a Nation and strategize on how much further we will go.

We must identify and get rid of the canker worm that has infested the system, labeling societal decadence.

It is a time we must reflect on the labors of our hero’s past and ensure that their Efforts were not in vain.

“Nigeria must be great again”, it is a chant that has been muttered by a thousand lips, but this time around it calls for more, it is beyond words, we must take proactive action to ensure the overall growth of the country.

ROYALTY, MAJESTY AND THE CROWN

NUDISM, A THREAT TO MORALITY

WHO IS THE NIGERIAN KING OF AMAPIANO?