The Ogun state Ministry of Budget and planning has held a Town hall meeting in Remo division to hold discussions on the 2023-2025 Medium Expenditure Framework(MTEF) and 2023 budget.
The event which took place at the Remo Royal Event center, Akarigbo Palace, Ita-Oba, Sagamu. 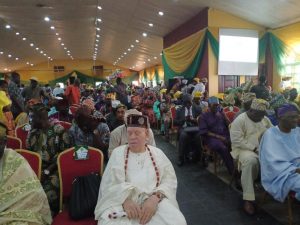 The initiative being the first of its kind in the state had an earlier series in Ijebu-Ode on Monday 17th October 2022.

The Honorable Commissioner for Finance and Chief Economic adviser to the Ogun state government, Oladapo R.Okubadejo, stated that the meeting was important, as the government was embarking on the planning of the 2023-2025 budget, it would give them and insight as to presenting a budget that will capture the development of all communities and regions of Ogun state. 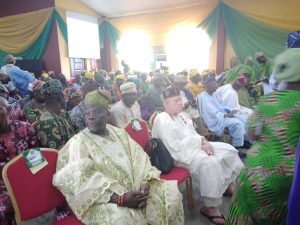 Speaking at the occasion, the Governor of Ogun state, Dapo Abiodun informed all present that he operates a “people’s government”, and as such was open to listening to the concerns, agitations, and opinions of the populace.

Highlighting his achievements so far, Dapo Abiodun stated that his administration has excelled in Security, health, Infrastructural development, Provision of roads, Rural electrification, Education, and Provision of Jobs.

The construction of the Agro Cargo Airport,Ijebu-Ode- Epe, Oba Erinwole, Igan, Ilisan- Ago- Iwoye and market roads, to mention but a few were the testament to his developmental projects.

The governor explained that contrary to the faked rumors peddled by misinformed sycophants, his government was focused and poised to bringing the dividends of democracy to the ordinary man.

The Akarigbo and Paramount Ruler of Remo land, HRM Oba Babatunde Adewale Ajayi, while commending the Dapo Abiodun led government on their performance so far, implored the governor to do more In rehabilitating inland roads within Sagamu, most especially the Major Thompson Road, the GRA road, Aiyepe road and the electrification of the Akarigbo Road using gas powered lights.

On the issue of Security, Akarigbo solicited that there be proper funding of the Local vigilante groups to enable and enhance their effectiveness.

He urged the governor to set in place machinery that will put to an end the encroachment of the Olabisi Onabanjo Teaching Hospital lands by individuals and groups.

Speaking about education in the state, the student constituent heavily represented by the PRO NANS Ogun state Remo division, Comrade Femi Owoeye complained bitterly About the maladministration and misappropriation of funds going on at the Moshood Abiola Polytechnic, which has compelled students to frequently indulge in protest as a way of expressing their grievances against the school management which he termed “Unapproachable”.

The coordinator General of the National youth council, Comrade Christopher Olokodana, while commending Dapo Abiodun on restoring Peace and tranquility among the youths, enjoined the government to create avenues that will ensure the employability of teaming youths in Remo land.

Reacting to observations and questions, Dapo Abiodun appreciated Remo land for the warm welcome and massive turn out, he promised to work hand in hand with Remonians in ensuring that Remo land and the entire state moves to the next level as he was not the kind of governor who would develop a Community at the expense of another, in his words, democracy is to be enjoined by all and sundry.