The executive governor of ogun state, Prince Dapo Abiodun has commissioned the 4 km two lane dual carriage way at Oba Erinwole road Sagamu, on the 21st of November 2022 after 16 years of neglect and abandonment by the past governments. 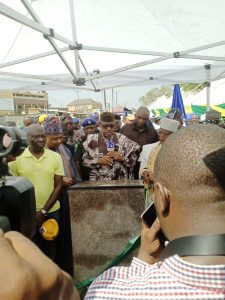 The reconstruction of the 4 km road which started in 2020 was completed in 2022 with a well laid drainage system and state of the art streetlights.

Before the intervention, the road had been in a deplorable condition filled with potholes, eroded shoulders, silted and damaged drainage which caused untold hardship for motorist and road users. The two lane dual carriage way connects Ogijo, Sagamu,Ijebu ode and Abeokuta express road.

Being a link road, the reconstruction became important owing to the numerous economic opportunities it held to the communities, companies and several industrial concerns in the heart of sagumu and beyond. 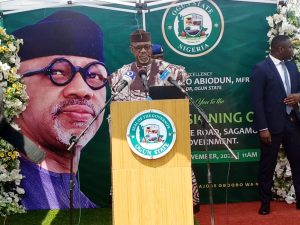 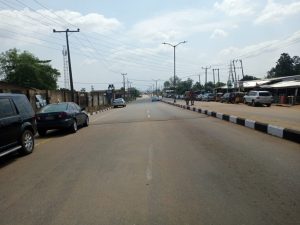 With oba Erinwole Road completed, residents are beginning to have a sigh of relief as it now enhance movement of human and vehicles, access to schools, market, major parks, health facilities and other social amenities within the community.