In the late hours of 11 pm on the 11th January 2023, there was a fire outbreak at Odi olowo street sabo, Sagamu, Ogun state setting shops and houses in flames. 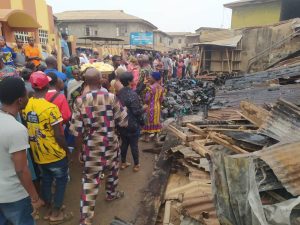 The fire outbreak which happened on Wednesday was due to the high voltage of electricity from a particular shop extended to other shops and houses surrounding it, destroying goods, food items, and properties. 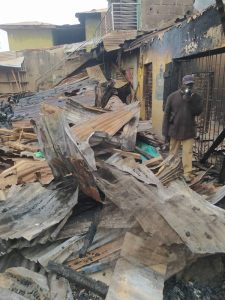 According to an eyewitness who claims to live behind where the fire incident occurred, said the fire gutted immediately the electricity was turned on in the area and all efforts to quench the fire proved abortive due to some fireworks and knock-outs stored in a particular shop. 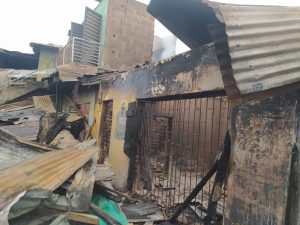 Another witness said immediately after the fire started, they called on the fire service to come to their rescue, but there was no response until the early hours of this morning, and they claimed they were out of fuel and don’t have water in their tanks.

RemoTv correspondent spoke to the victims who lost their goods to the fire, and they seek for the help of the Sagamu Local Government Chairman and other relevant authorities to please look into the fire service department of the city for a swift and effective response so that such won’t re-occur.

Although the fire outbreak destroyed properties and goods worth millions, but no life was lost.