The executive Governor of Ogun state, prince Dapo Abiodun on Thursday, 19th January 2023 met with civil servants and representatives in Ogun. The meeting was held at the Cultural center, Kuto Abeokuta. 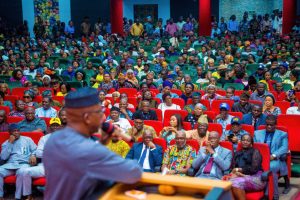 In a statement released on Twitter by the governor, he wrote ” As the civil service is the major backbone of any government establishment, we held an interactive session with representatives drawn from different MDAs”

” Ogun State holds record as the first state to implement the ₦30,000 minimum wage, and we have paid over 82billion Naira in gratuities and pensions in less than four years” 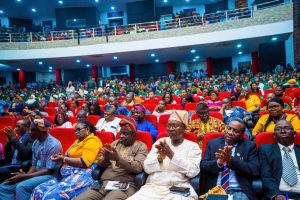 ” Yet we are poised by the dedication of our workforce to finalise ongoing work on promotions and outstanding deductions which we were unable to, due to the consequent increase in wage bill”

” As joint partners in the “Building Our Future Together” agenda, we expressed our appreciation for their consistent support over the years, as we forge ahead for the greater good of our dear State” he concluded.

Workers and civil servants In the state appreciated the governor for the initiative and they hope the result of the meeting comes in soon.